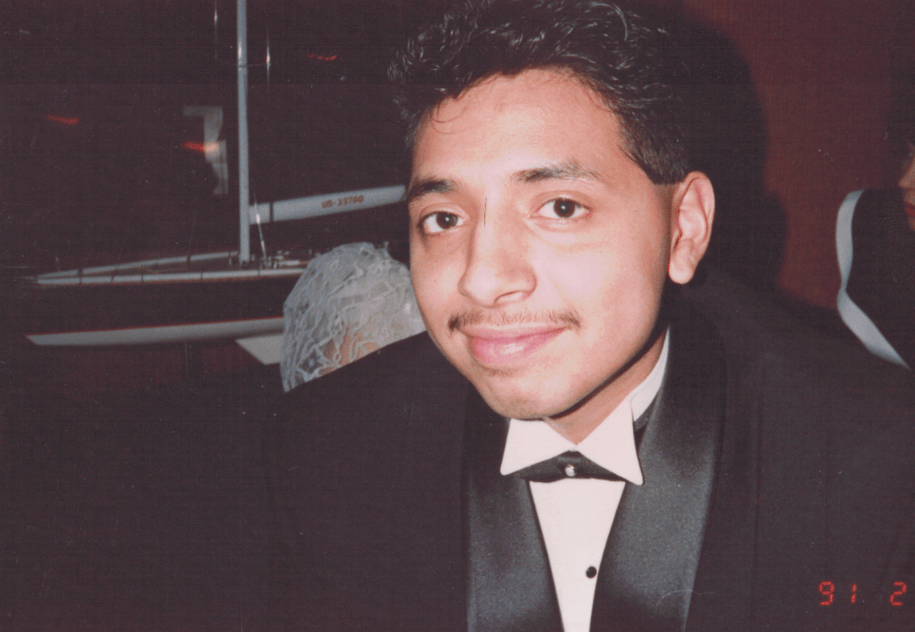 When I was six years old, my parents, Marisol and Denis Calderon, my younger brother Desmond Calderon, and I lived in a predominantly white neighborhood in Philadelphia. One night in 1996, my father visited the corner bar in our neighborhood with his cousin, Julio Maldonado. As my Peruvian father and his cousin arrived, a gang of about 30 young white men suddenly started yelling racial slurs and throwing beer bottles at them. Denis and Julio tried to escape the harassers and made a run for it, but outnumbered by the racist mob, Denis was stabbed and both Denis and Julio were brutally beaten. My father and cousin were only able to get away when the police arrived, but the officers didn’t detain the white men; instead, they put Denis and Julio in the back of their car, saying it was “for their protection.”

One would assume the men who attacked my father and cousin would be held responsible for their actions. Instead, as I learned the hard way, white privilege is a determining factor when it comes to who our justice system decides to believe, and who to criminalize and punish. In this instance, the attackers successfully used it to claim their innocence and place the blame and consequences on two Latino immigrants.

After the violent incident that night, our family was forced to move to Warminster, Pennsylvania, with my grandma. My father was home intermittently between court hearings during my childhood and early adolescence. My parents stayed in one room, my grandma in another, and my brother and I shared a twin bed in the smallest room. We were cramped, but most importantly we were together and safe. My dad was active in our lives, taking us to parks, playgrounds, museums, and the zoo. Between court hearings, we had family gatherings with his siblings, parents, and cousins—until one day he didn’t come home from a court hearing.

As a young girl, I wasn’t aware of all the details in the legal case. I just remember having to get dressed up to go to the “big building” where the entire family would meet together and sit on the cold, wooden benches for hours. I faintly remember the day the judge declared my dad “guilty” for what I later learned was aggravated assault. I immediately started crying because I knew he wasn’t coming home anymore. He looked back at me as I wept on the benches and said, “Stop crying!” I held back my tears because I knew he wanted me to be strong, just like he had to be strong. For the rest of my life I will be trying to hold back those tears. 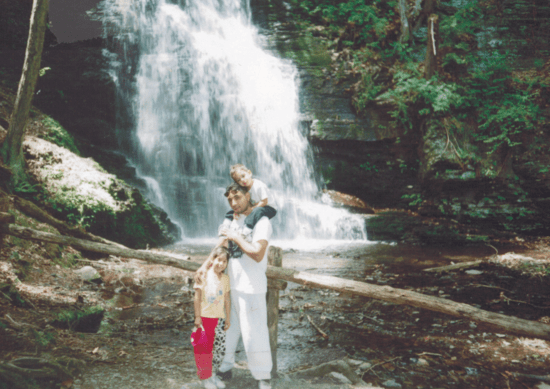 The years to follow were spent going to prison, waiting among other families, going through metal detectors, and cashing our dollars for coins to use on the vending machines so Denis could eat the hot wings he liked. We’d follow the path between the barbed wire fences until we reached the visiting area, and searched for our father’s face among the crowd in the same uniform. Even as a young person I wondered, how many of the other men were innocent like my dad, suffering in prison and away from their families, due to a failed system? As soon as we spotted him, we’d rush over and greet him with hugs and kisses. Trying to make up for lost time, we played board games, told him about school, and held him as long as we could until visitation was over. With that final hug goodbye, my heart would drop to my stomach, knowing that he couldn’t come home with us. I’d see my father watching us leave with his eyes glistening, trying to hold back tears. My father is a strong man, but I know saying goodbye never got easier.

Our dad being taken away from us brought on new challenges, as we lost the sense of security and safety he provided. My mother worked full time and kept up with the house chores, while continuing to raise two children. I watched my mother struggle for a long time—mentally, emotionally, and physically. She developed depression and had to seek professional therapy to help her cope with the fact that her husband and father of her children had been taken away by a racist, corrupt system and would never come home. I remember clearly hearing her cry everyday. I would sleep in her bed at night up to the time I was in high school so we could comfort each other, and so she wouldn’t feel alone. Anxiety and depression became our norm. 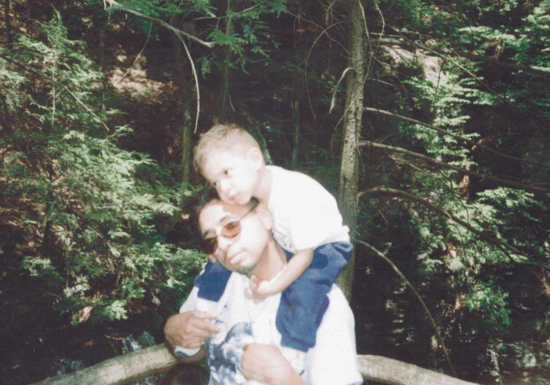 Though Denis had been a U.S. permanent resident since he was 7 years old, he became subject to deportation after the wrongful felony conviction—as if our traumatized family had not already suffered enough injustice. In 2009, my father was exiled to Peru, the same year I graduated from high school. I left home at 19 to join the United States Air Force as a medic. I now serve veterans as a nurse in a New York hospital, battling the fatal COVID-19 pandemic. Despite my service, our family has been forced to sacrifice our happiness and safety to a corrupt legal system that continues to harm people like my dad. My only wish is that justice is served and my family can reunite to create new memories and make up for lost time.

Jesenia Calderon is a 28-year-old U.S citizen from Pennsylvania. She is of Peruvian and Puerto Rican descent and is a U.S. Air Force medic veteran. She currently works as a registered nurse in New York City. All she wants is justice for her family.
Follow us on social for stories the mainstream media isn’t covering.
Want to support a new type of media outlet? Donate to Prism today. Our 100% women of color-led newsroom challenges toxic media narratives.
Donate Now →
Stories that challenge the status quo - right in your inbox.